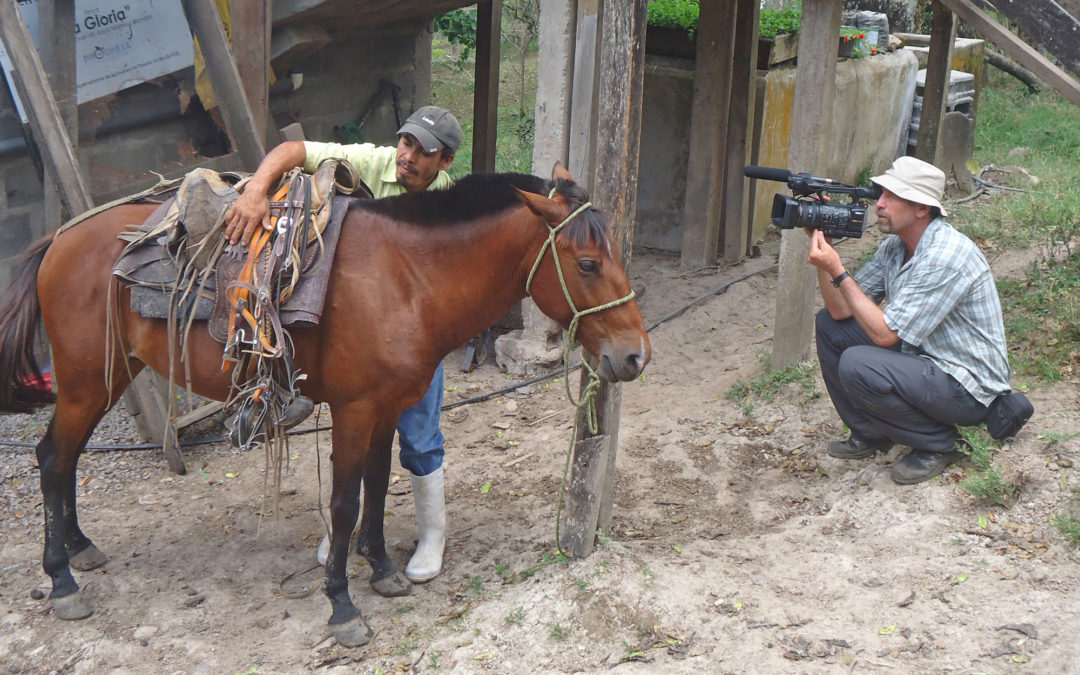 Carswell has just returned from a trip to Nicaragua and will share stories and video of his encounters at several coffee farms and co-ops in both Pancasan and Dalia, Nicaragua (the source of World Community Coffee).  The farmers talk about the benefits of fairly-traded, organic coffee and what working with the co-ops  has meant to their daily lives.

“It was an incredible experience. The images and sounds were all-encompassing”. says Carswell. “We were in some very remote areas with people eager to share their deep  knowledge of the land and all its biological diversity.  We learned how shade grown, organic coffee plantations can be part of a healthy ecosystem. In the tiny pueblo of  Pancasan farmers sell not only coffee to the co-ops but also cocoa and milk.  In the larger town of Dalia they sell coffee, cocoa, and honey.”

The film was partially funded by both World Community Coffee and Cafe Etico (CoDev). Carswellfilm.ca will create a short promo film for both organisations as well a a longer version.

World Community’ works to foster greater awareness of the social, economic and environmental consequences of human activity at both the local and global levels.