They Were Promised the Sea (74 min.) on Tuesday, April 18 at 7pm in the Upper Florence Filberg Centre, Courtenay. 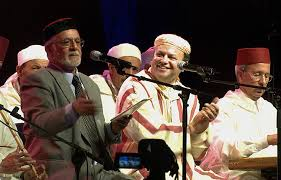 This is the story of a people whose identity as Arab Jews challenges the very notion of enemy. Informed by director Kathy Wazana’s family history, the film investigates the exodus that virtually emptied Morocco of its Jewish population in the late 1960s.

Intimate interviews, poetry, recordings of Judeo-Andalusian music performed in Arabic, Hebrew, and Ladino, thread the subjects’ storylines and reveal a little-known history of a land and a people that resisted the separation of Arab and Jew.  The film reveals the intersections of identity, community and belonging within a complex political environment. The film exposes the political maneuvering that separated communities that had lived together for thousands of years, and also gives voice to those who resisted and continue to resist the separation of Arab and Jew.

They Were Promised the Sea is a lyrical meditation on loss and longing, on hope and the possibilities of coexistence. It was awarded the NFB Prize for Best Independent Production at the Vues d’Afrique International Film Festival, Montreal, 2014. Click here to watch the film trailer.