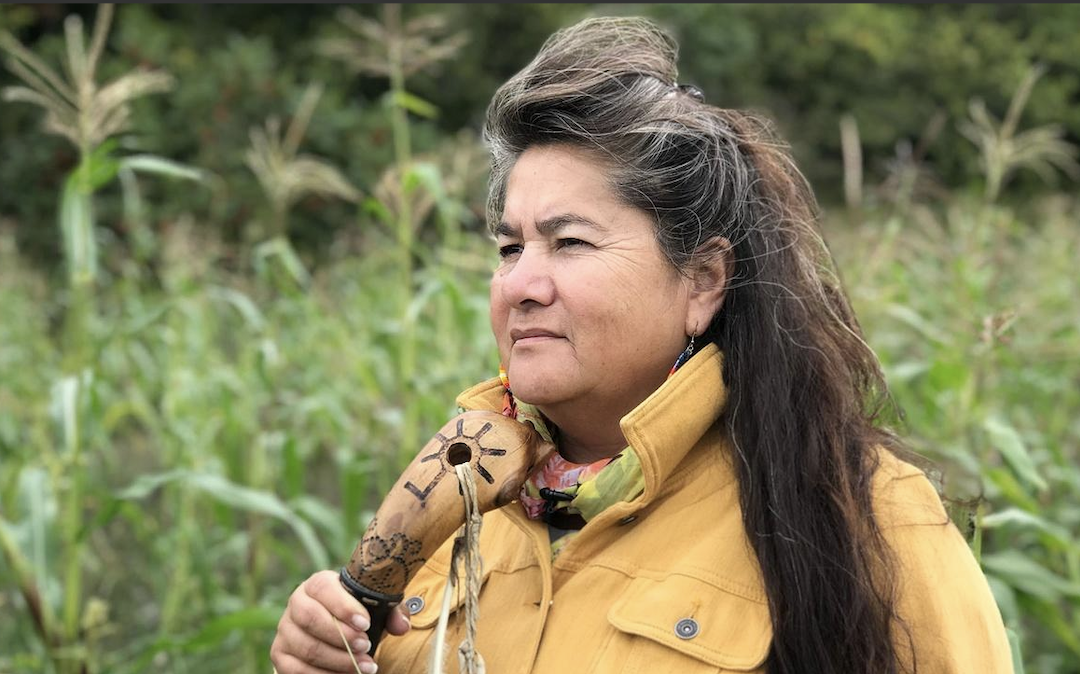 What influence did Indigenous women have on the women’s rights movement? Learn about this hidden history and celebrate International Women’s Day with World Community’s film screenings, available any time from March 6 – 8.  CLICK HERE to PRE-ORDER TICKETS.

Without a Whisper – Konnon:Kwe  (27 min) corrects the historical narrative about women’s rights in North America. Before the first women’s rights convention in Seneca Falls in 1848, European colonial women lacked even the most basic rights, while Haudenosaunee (Six Nations) women had a potent political and spiritual voice and authority in all aspects of their lives. The contact that the early suffragists had with Haudenosaunee women in New York state shaped their thinking and had a vital impact on their struggle for equality that is taken for granted today.

On the Canadian side of the border, the clan mothers continue to set the rules for the Iroquois Confederacy of the Six Nations Grand River Reserve.  Six Miles Deep (43 min) offers a portrait of the clan mothers who led their community in an historic blockade to protect their land from a housing development within their traditional territories in 2006. When the community’s chiefs ask people to abandon the barricades, it is the clan mothers who overrule them, leading a cultural reawakening in their traditionally matriarchal community. That dispute continues with a court case slated for 2022.