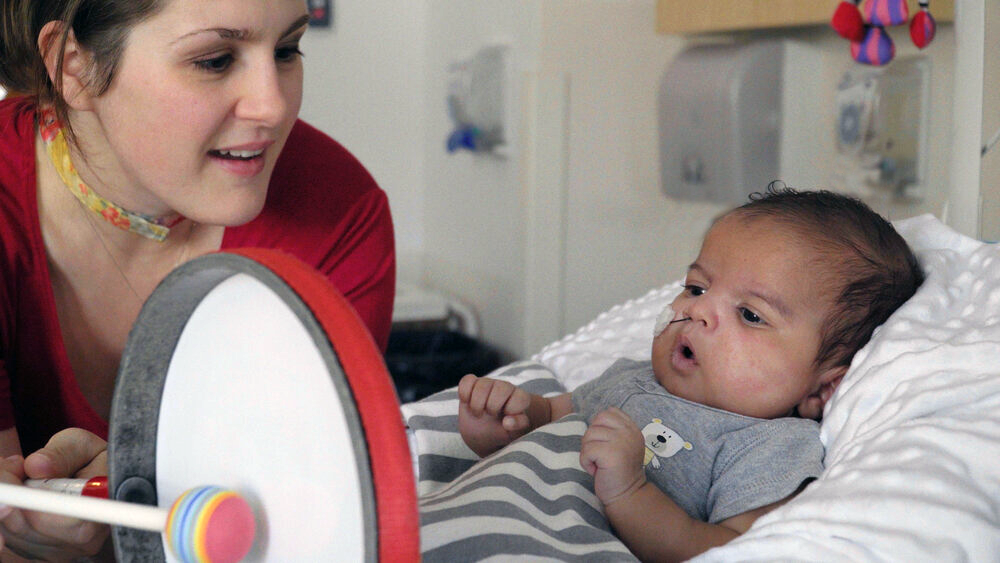 Tuning the Brain with Music, a new life-affirming documentary, highlights the creative encounter between music and neuroscience by featuring the moving stories of people whose mental health and lives have been saved by music.  Award-winning director Isabelle Raynauld spent five years investigating the influence music has on the brain. The film screens Tuesday, March 3 at 7pm in the Stan Hagen Theatre, North Island College. The healing powers of music on the brain are finally being recognized. This film allows us to discover cutting-edge research in musical neuroscience through the stories of people for whom music has succeeded where other therapies have not. The film alternates between neuroscientific research, music therapists in session and the touching personal stories.
The human stories at the heart of the film are many and varied: premature babies in intensive care units appeased by music therapy sessions; Canadian veterans suffering from post- traumatic stress who have been saved from suicide by music; autistic girls who have formed a band; survivors of cancer and stroke for whom music has been an integral part of their healing protocol; and at-risk youth for whom music is their lifeline. Director Raynauld also introduces us to some of the world’s leading researchers in neuroscience in order to better understand what is actually happening in the brain. As she says, “The other aspect that attracted me to this subject was the obvious but still unexplained powerful healing powers of music on the mental health and overall well being of people…. Their amazing and moving life stories have changed mine forever.”
Watch Trailer below – Admission by donation. FMI 250-337-5412