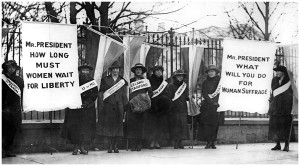 This powerful documentary will screen Tuesday March 4th at 7:00 pm at the North Island College theatre in Courtenay.

Feminism has shaped the society we live in. But just how far has it brought us, and how relevant is it today? This feature documentary zeroes in on key concerns such as violence against women, access to abortion, and universal childcare, asking how much progress we have truly made on these issues. Rich with archival material and startling contemporary stories, Status Quo? uncovers answers that are provocative and at times shocking.

Film Director Karen Cho has stated that when she was approached by producer Ravida Din, she didn’t know much about feminism and thought that most of the battles had already been won. In making the film, she had been shocked that “so many of the issues are still around today”.

The film was named best documentary at the Whistler Film Festival.