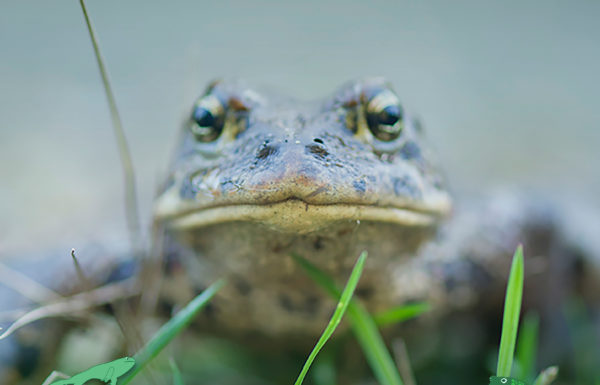 World Community has teamed up with the Wilderness Committee to screen the new film,Toad People (76 min.) on Monday Jan. 9 at 7 pm at the Stan Hagen Theatre, North Island College. The film features people in communities across BC who are taking action to save the endangered wildlife in their backyards, including our own local western toads.

Every year in early summer, certain rural roads, including some in the Comox Valley, seem to be moving. Tiny dark spots cover the roads like leaves blowing in the wind. Fingernail-sized juvenile western toads have begun their hazardous migration, from the wetlands where they were born to the forest where they live.

In BC, more than half of all amphibian species and reptiles are at risk. They’re struggling because of habitat loss, especially loss of wetlands, as well as road mortality, invasive species such as American bullfrogs, pesticides, climate change and disease.

Toad People tells the story of dedicated people across BC who are taking action to save the wildlife in their backyard, whether it’s toads, mountain caribou, rattlesnakes or barn owls.

Joe Foy, National Campaign Director for the Wilderness Committee will attend to discuss efforts to save species at risk and explore the urgent need for a BC endangered species law. Despite having some of the most diverse wildlife in North America, including many species at risk, BC is one of only two provinces in Canada with no endangered species law.