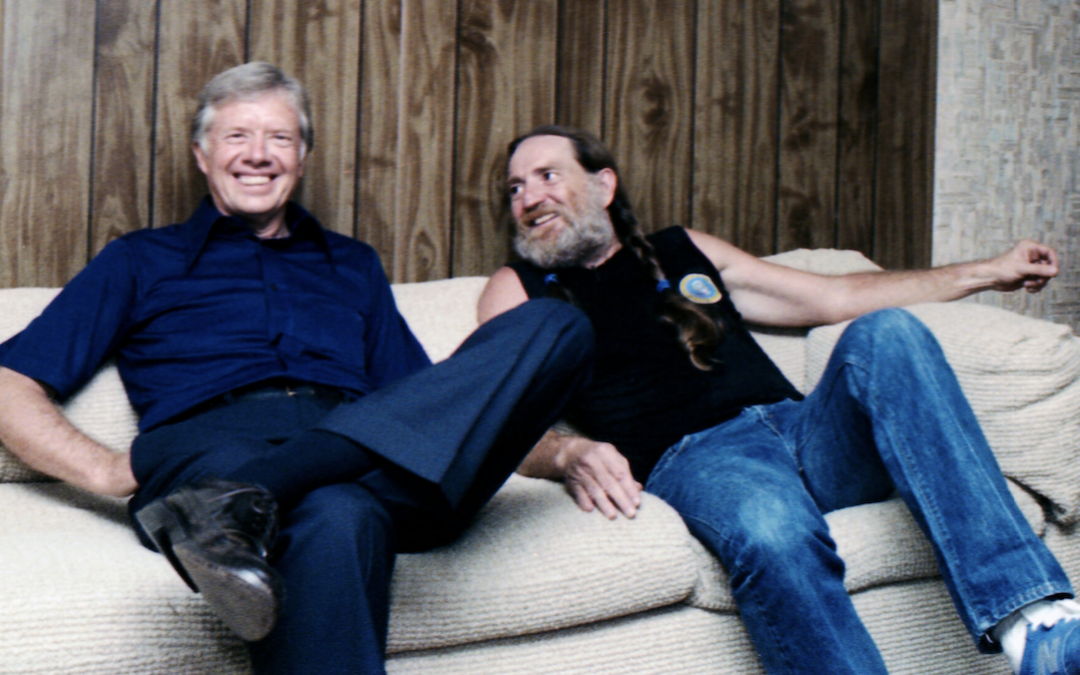 Programmer Wayne Bradley comments “This music-filled documentary is a much-needed antidote to the cynical power politics we are watching in the current US presidential election.” This is a reminder that power does not always corrupt, decency may prevail, and music can bridge generational, economic and racial divides.

When the USA hit rock bottom in the mid 1970s after years of war, scandal, and corruption, the nation turned to a Georgia peanut farmer to become their president. Jimmy Carter was a Democrat, a devout Christian, a man of impeccable integrity who believed passionately in racial equality. He was also a music fan. June Carter Cash claimed to be a cousin; Willie Nelson and Bob Dylan would become firm friends, and without the support of the Allman Brothers, his campaign may never have gotten off the ground.

Seemingly tireless even in his nineties, the former President speaks knowledgeably about gospel, jazz, and rock ’n’ roll, while Garth Brooks, Bono, Rosanne Cash, Gregg Allman and Dylan suggest the admiration is mutual. Featuring rare archival performances from Aretha Franklin, Paul Simon, Dizzy Gillespie and others, this is a nostalgic treat for Boomers. And for younger viewers, it offers a fascinating glimpse of a very different era in the American experiment.

The film will be available to watch online, all weekend starting at 6 pm on Friday, November 6 and continuing until midnight on Sunday November 8.