Film Screening: Above All Else

Get a head start on the World Community Film Festival with a sneak preview of the award winning documentary, Above All Else, Tuesday, Jan. 20th – 7pm North Island College Theatre, Courtenay.

(Admission is by donation) 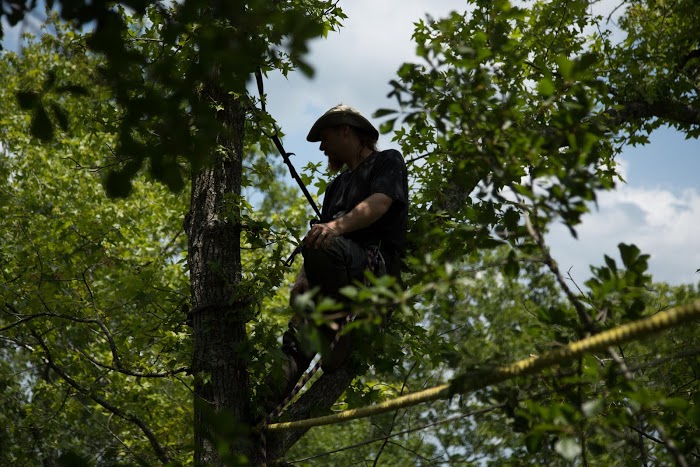 Above All Else is an intimate portrait of landowners and activists in East Texas who take peaceful direct action to stop construction of the Keystone XL pipeline. Risking financial ruin and their personal safety, these unforgettable people and their stories become an exploration of the human spirit. The main character in this film, David Daniel, spent decades as a gymnast and stunt man before retiring with his wife and newborn daughter to the woods of East Texas. Shortly after buying his acreage, he learned that surveyors for TransCanada were trespassing on his land. Daniel becomes worried about the pipeline and mounts protests and awareness campaigns. Soon, other tactics are called for. Along with some students and spirited older women (“the more I read” about tar sands, one says, “the pissed-offer I get”), Daniel starts training for peaceful direct action. He is informed that he could be arrested on his own property for trespassing if he impedes the construction of the pipeline. The protesters construct and occupy treehouses that will be destroyed if TransCanada’s tree-cutting machinery sticks to its threatened route. Against all odds, the demonstrators refuse to stand down. This dramatic story is a window into how social change happens. FMI: 250 337-5412