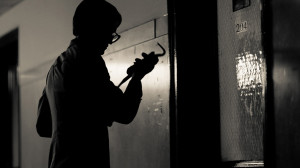 Whistleblowers from Watergate to WikiLeaks and Edward Snowden have revealed secrets that exposed government wrongdoing. But long before these events, one group of citizens risked everything when they uncovered illegal government spying programs.

The FBI was unaccountable and untouchable until March 8, 1971, when a group of ordinary people who called themselves The Citizens’ Commission to Investigate the FBI, broke into a small FBI office in Media, Pennsylvania, took every file, and shared them with the American public.

After the break-in, the group sent the files to the Washington Post which published them and shed light on the FBI’s widespread abuse of power involving intimidation of law-abiding citizens including peace activists and feminists. This helped lead to the country’s first congressional investigation of U.S. intelligence agencies.

The activist-burglars then disappeared into anonymity for forty years. Until now. Never caught, these citizens reveal themselves and share their story in the documentary. Using a mix of dramatic re-enactments and candid interviews with all involved, the film is a real life thriller.

“This is a cautionary tale that shows what can happen under laws such as C-51 when agencies like CSIS do not have proper oversight” notes programmer Janet Fairbanks.

Click here to see the trailer.  Admission is by donation. Everyone is welcome.