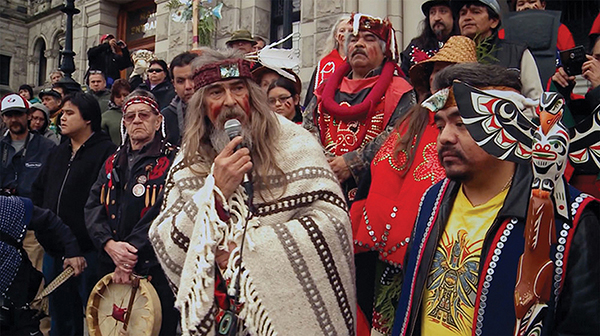 is a portrait of a Canadian art legend, an enigmatic carver from Alert Bay, BC. Beau Dick’s remarkable masks have been celebrated across the global art scene as vibrant expressions of West Coast Indigenous culture and a sophisticated crossover into the contemporary art world. In his activism, Beau relied on his culture to inform him. Filmmakers will be in attendance for a Q&A session.

Four downtown Courtenay venues run simultaneously on Saturday from 10 am to 6 pm with films about Indigenous issues, food security, diversity and human rights, and resilience in communities around the world. Saturday afternoon check out the Family Films from 1:15 to 2:45.