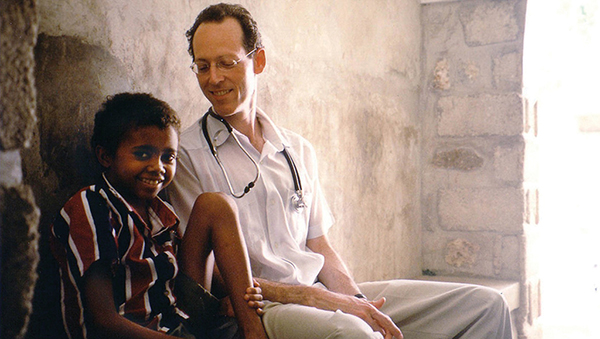 The film centers on three Harvard medical students: Jim Kim, current president of the World Bank, and Paul Farmer and Ophelia Dahl, founders of Partners in Health. These pioneers of global health invented an international framework of utilizing community health workers for fighting diseases such as tuberculosis, AIDS, SARS, and Ebola.

Variety‘s Geoff Berkshire gave Bending the Arc a strong review: “For anyone who wants to believe in the promise of Martin Luther King Jr.’s quote ‘the arc of the moral universe bends toward justice,’ a film like Bending the Arc is downright inspiring. With the gripping appeal of a great epic novel, this documentary spans three decades of diligent work on the frontlines of global health crises to prove, in moving detail, the difference dedicated professionals can make in seemingly hopeless situations.”