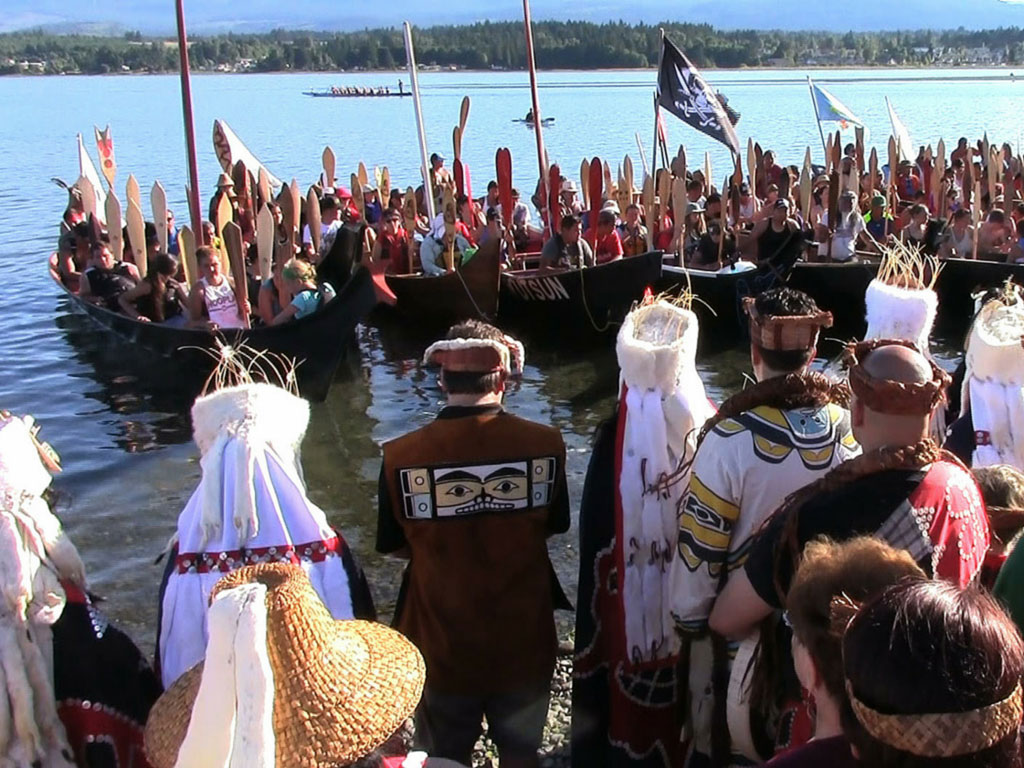 This film captures a rare event that happened in 2014 on a warm July evening in the K’omoks Estuary, BC.  As part of the annual Tribal Canoe Journey, massive dug-out canoes arrived in the estuary and were invited ashore by Chief Rob Everson and the K’omoks First Nation. Over the last 150 years, First Nation societies suffered many hardships and some of their traditions were outlawed. The canoe journey tradition was revived in 1986 and now sends a strong message to preserve culture, language, and our coastal waters.